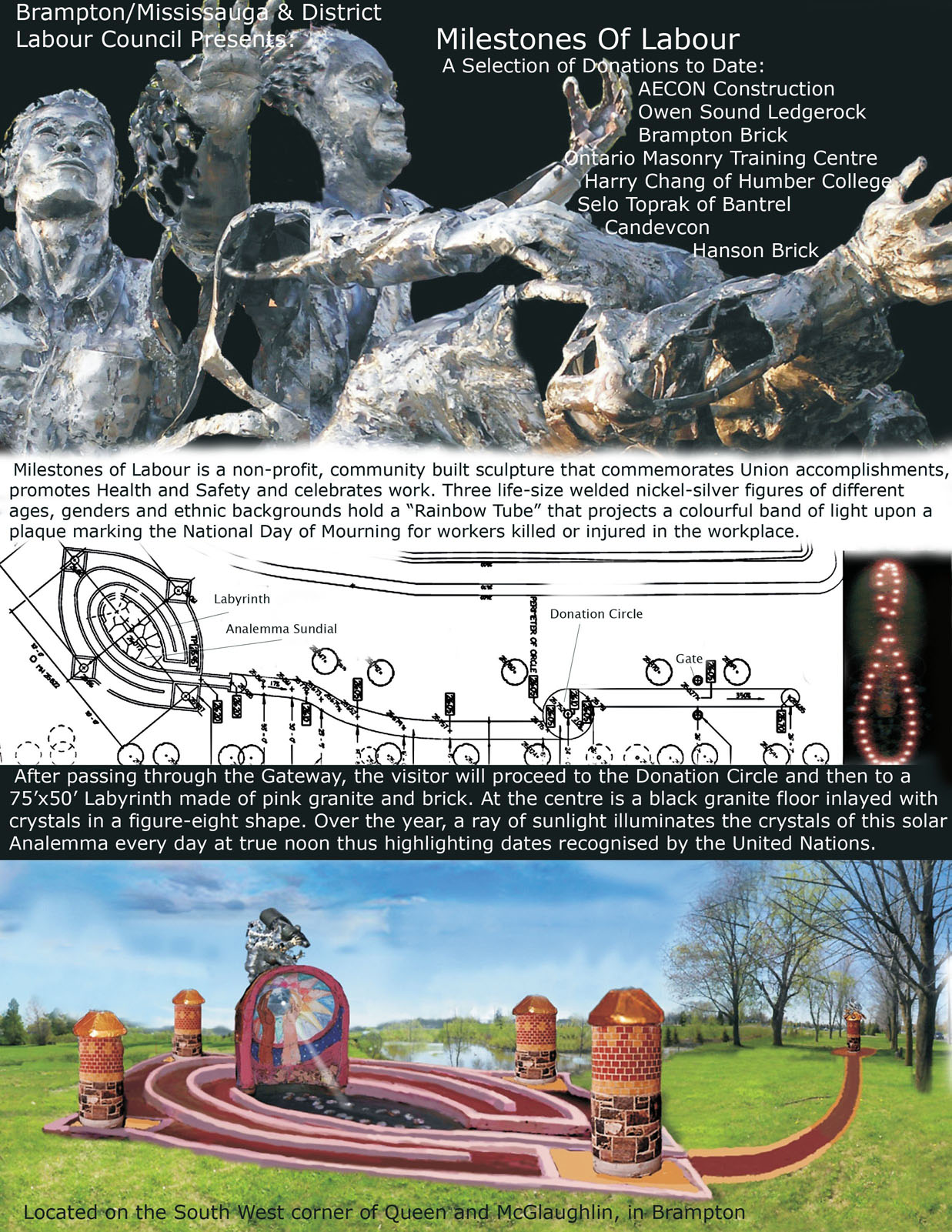 If the sun were observed and recorded each day at “true noon” for a year, the resulting shape of its movement across the sky would be a figure eight or Analemma. This sign of infinity will be marked on the ground with geodes set into black granite.  The noon time sun will beam through a small hole in the brick dome causing the geodes to sparkle while highlighting dates that are relevant to Labour and the world. A special beam of rainbow light passing through a prism in the tube carried by the three figures on the dome will mark April 28th; the National Day of Mourning for Workers Killed or Injured in the Workplace.

The sculpture depicts three life-size, welded, nickel-silver figures of different ages, genders and ethnic backgrounds carrying a “Rainbow Reflector” as they ascend the dome of a structure reminiscent of a brick kiln. The yellow and red brick work of local century farm houses inspired the “kiln” and four pillars that mark the four directions. The four seasons and times of day are expressed by Brampton’s symbol, the rose, as a bud, flower, rosehip and thorny snowflake bearing seeds for new growth.

Inside the “kiln” is a colourful mosaic of a 12 pointed star representing the passage of time in hours and months. A brick relief of two hands, representing different races and genders, holds the world as a symbol of hope for Labour and all who contribute to their community through their work.

A chronological timeline of Union contributions to work is woven into the memorial to those who have perished in the workplace while Kahlil Gibran’s wise words on work guide the visitor through the labyrinth. The meditative and healing nature of the labyrinth walk and the enchanting spectacle of cast light help the observer to slow down and experience the natural rhythm of the day and seasons in relation to the four directions. “Milestones of Labour” is a place for education, healing and reflection on the nature of work and its relation to community.